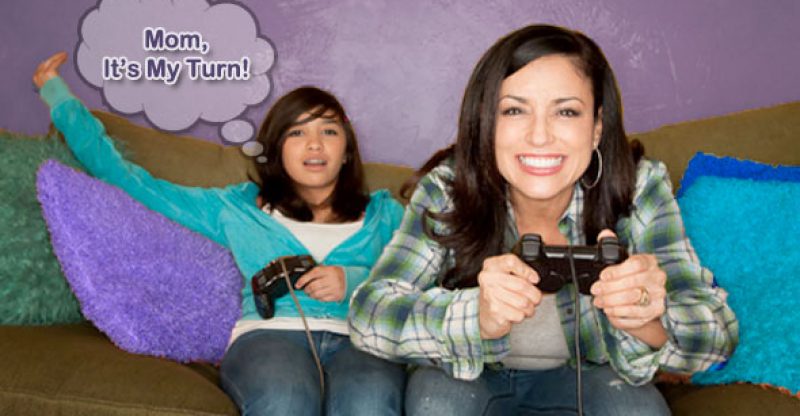 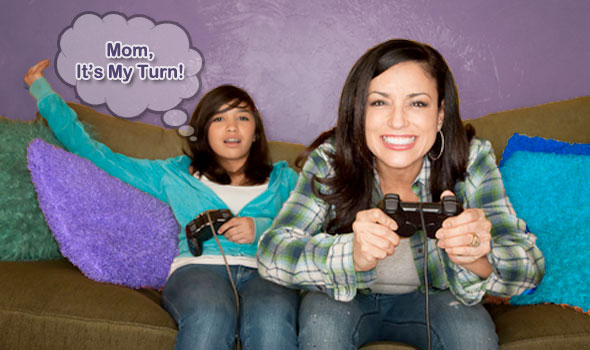 Is it uncool for a mom to play video games? When computers first came out, I was both single and childless. I had nothing but time after work, a luxury I had yet to appreciate. One day my friend let me borrow a computer game called “Gabriel Knight,” a graphically rich tale where horror met science fiction. From that day on I was hooked.

Players took on the role of Gabriel, searching for items that would later help them to gain other items and reach higher levels. You could reach a level in which you need a crowbar, quickly remembering your character passed one in the building two streets down. I was pretty good at the game, which required problem-solving skills rather than quick fingers on a game system remote.

Once children took over my life the gaming stopped. Later in their lives, my kids soon began to play things of their own such as Spider Man and Super Mario. But these weren’t played on computers, rather they ran on Gamecube, Playstation and later, the Xbox 360 systems.

Recently I came down with the flu, leaving me at home on the couch alone for five days. In front of the Wii. Out of sheer boredom I put in Super Mario Brothers and had a go of it. When my children came home later in the day they stood behind me shaking their heads. “Mom, you really shouldn’t try to play that. You really really shouldn’t.”

OK, I will admit it. I stink at Mario. Rather than use my head I have to use a remote to jump, dodge and spin around characters and objects that are determined to knock me down. If I actually managed to make it to a new level I would soon fail and be kicked back to the first.

Give me the old fashioned games that required a brain. Critical thinking skills. Imagination. If my children could see me play those they might not think I am quite as “lame” as I appear to be.

Now that the weather is warmer, we are always outside, away from electronics. But I must admit. After getting a taste of Mario Cart, I am occasionally tempted on the weekend to play a round with one of the kids. At least I know how to drive, making me just a little less “lame.”

Do you ever play video games with your children? Are you actually good at them? Or are you old school like me, remembering the hand held football game with great fondness? 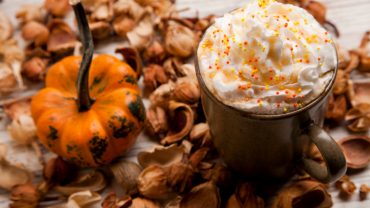